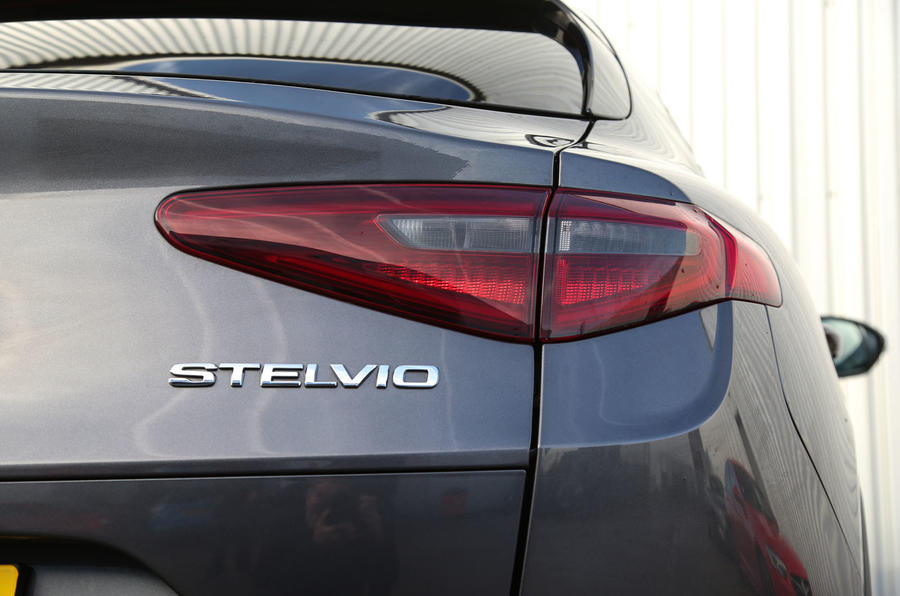 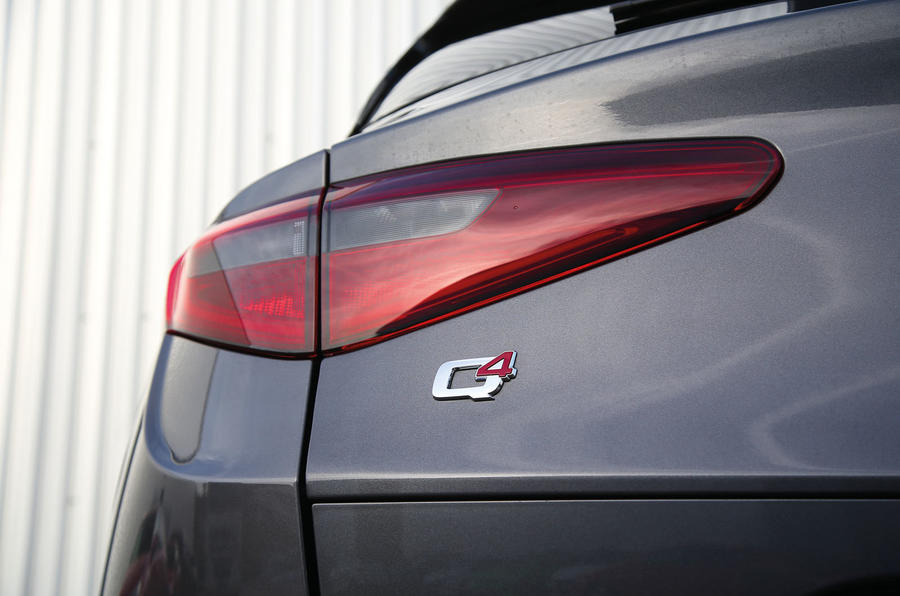 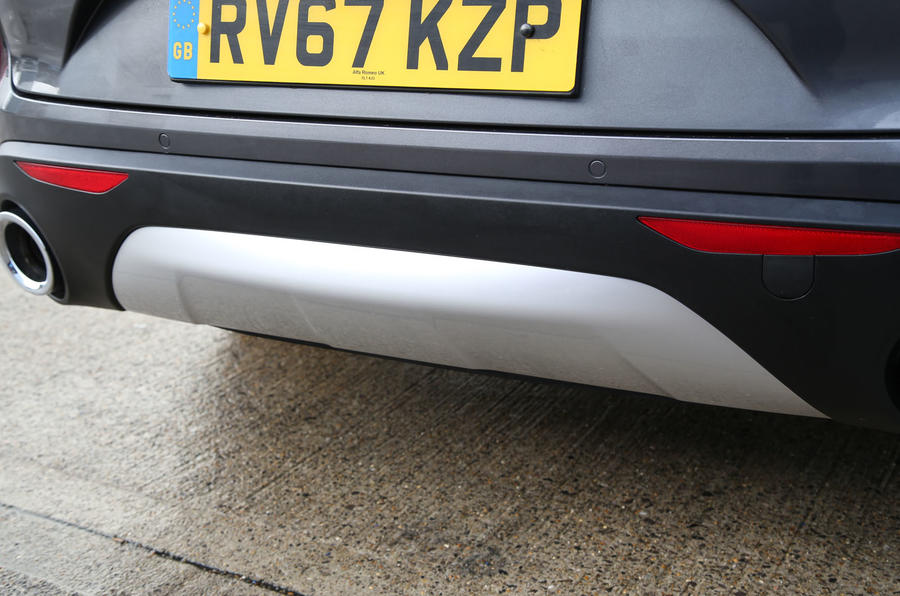 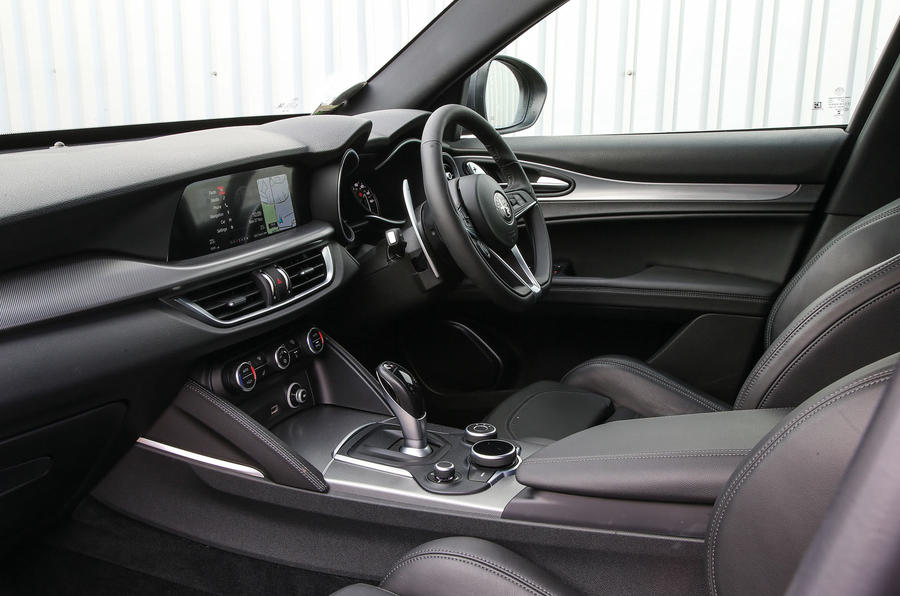 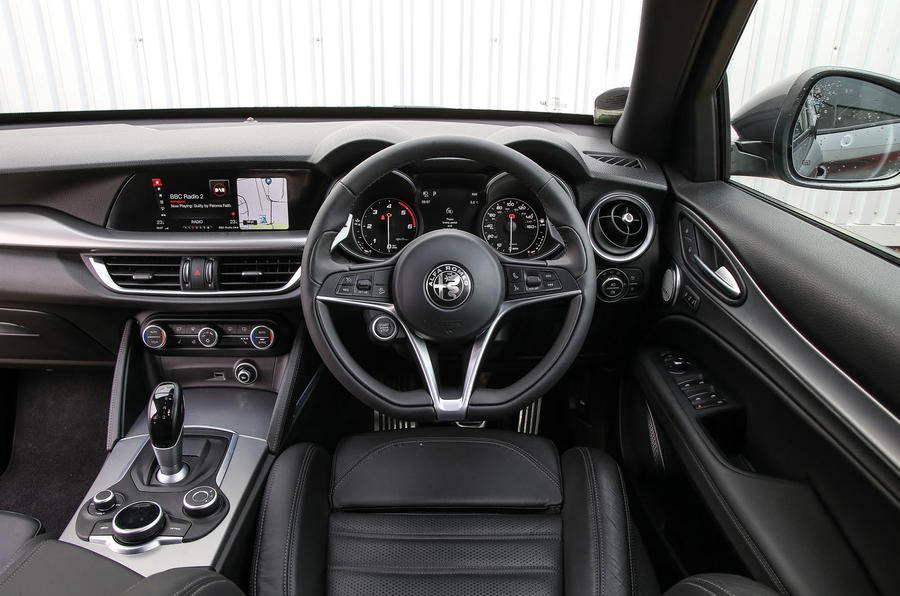 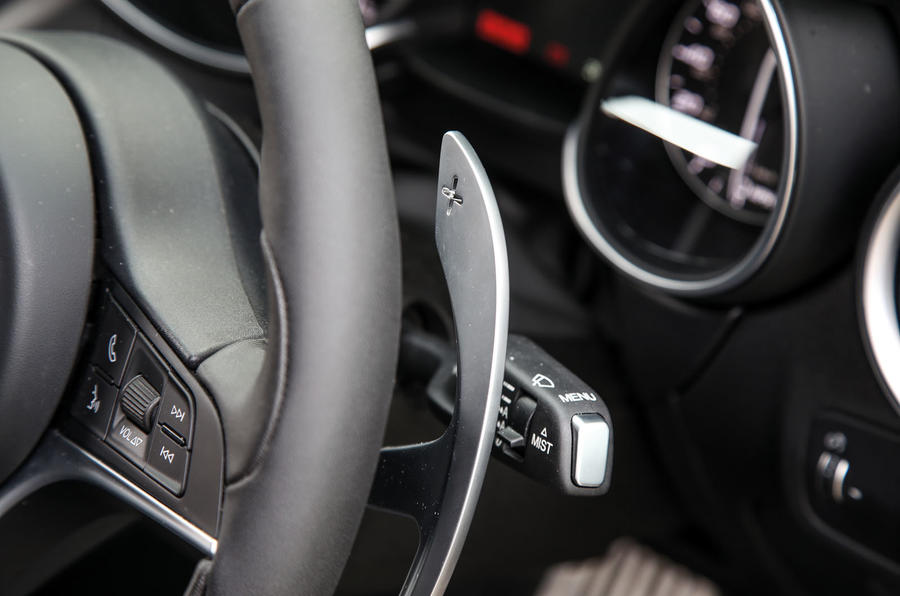 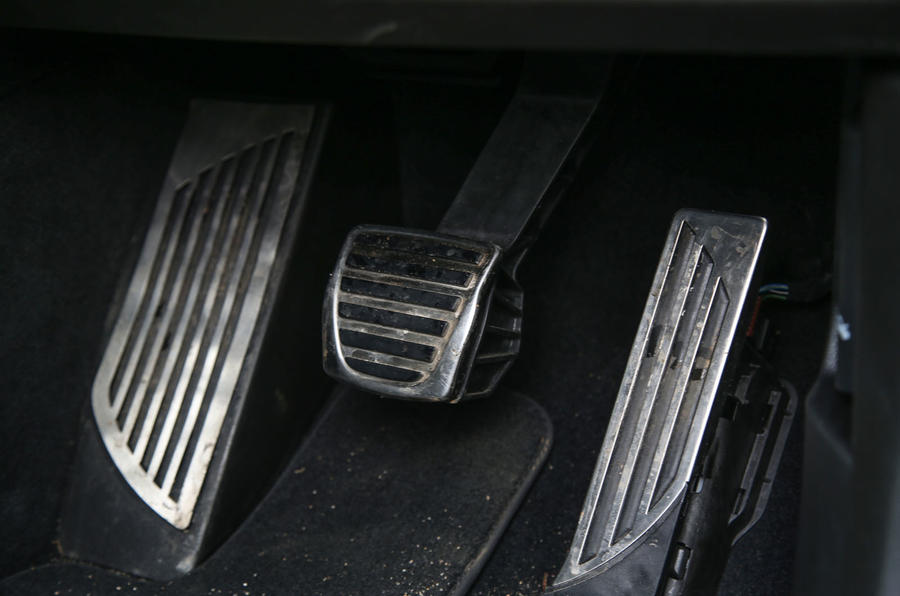 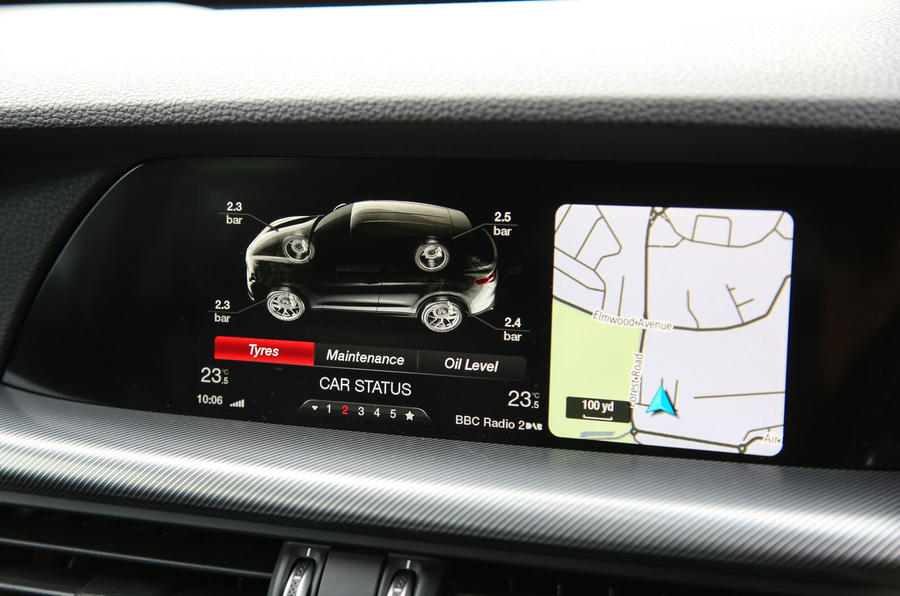 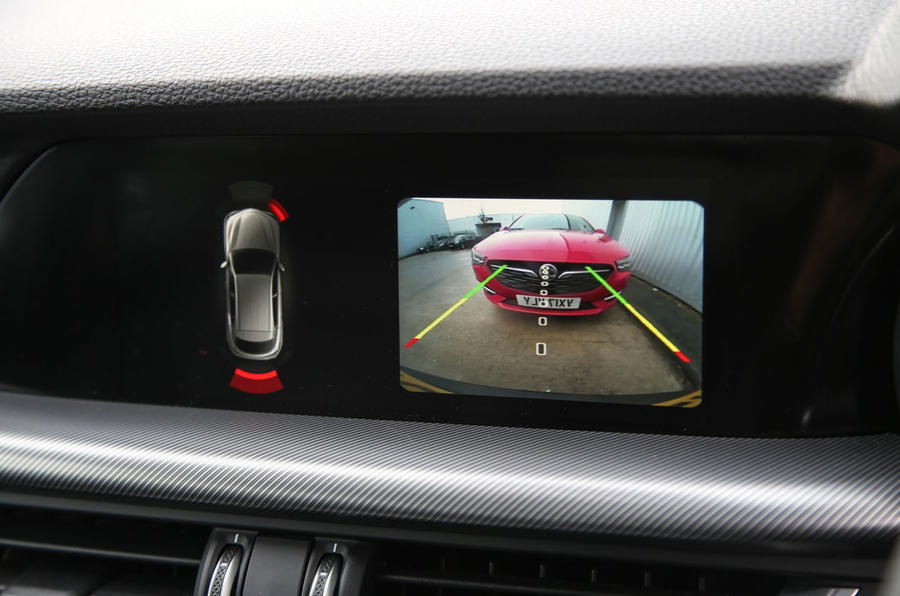 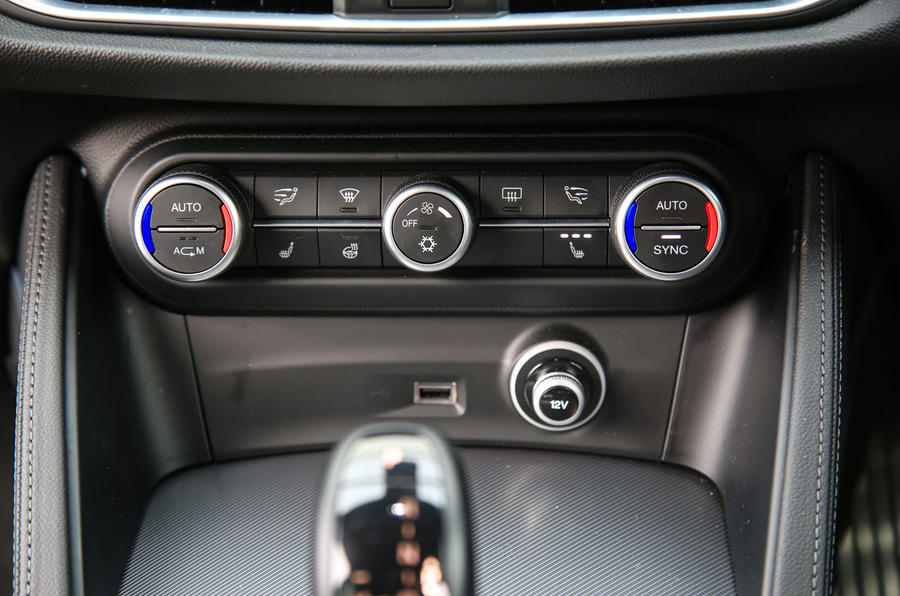 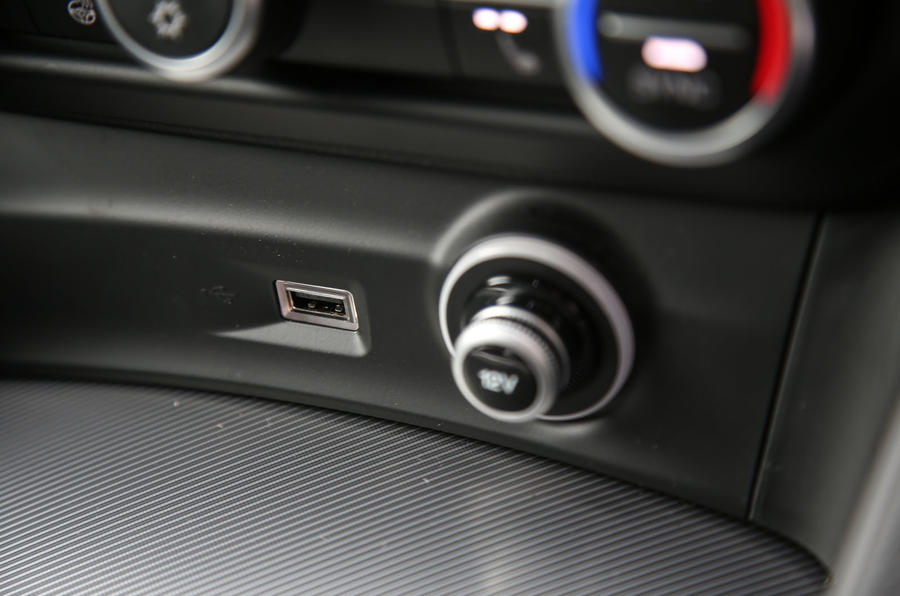 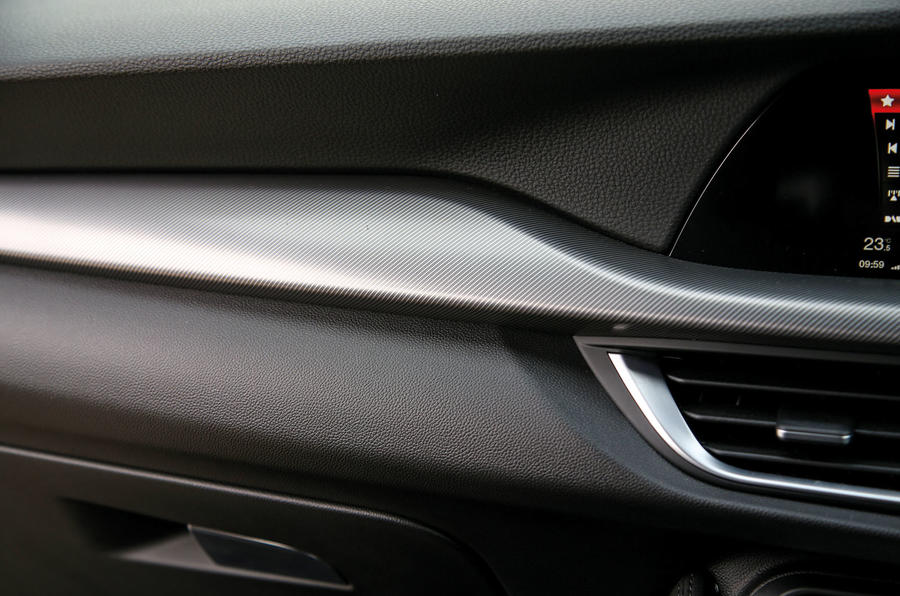 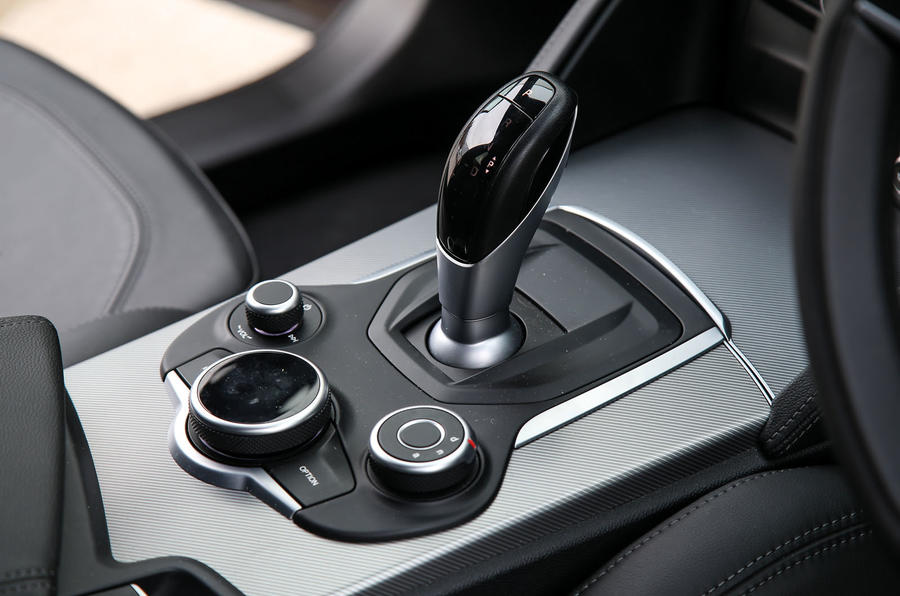 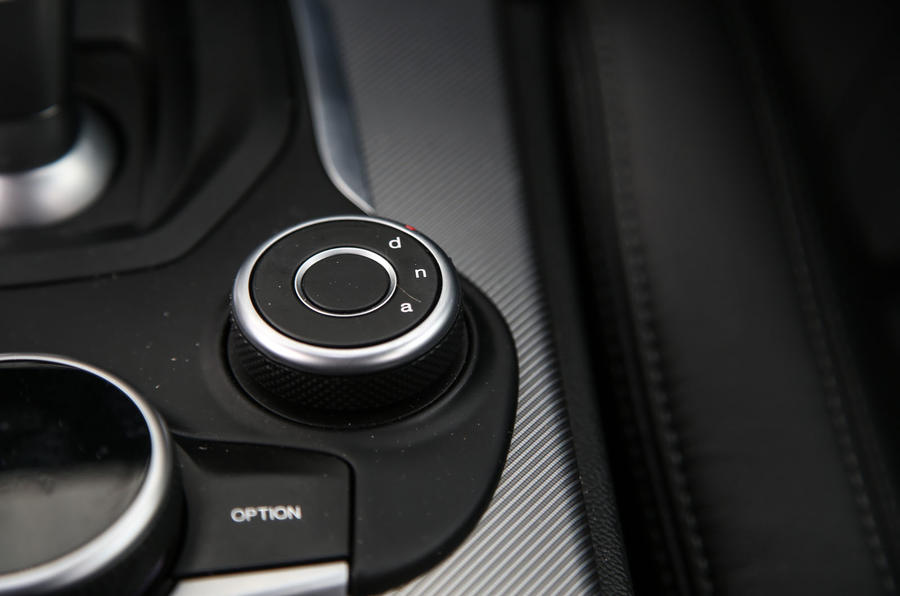 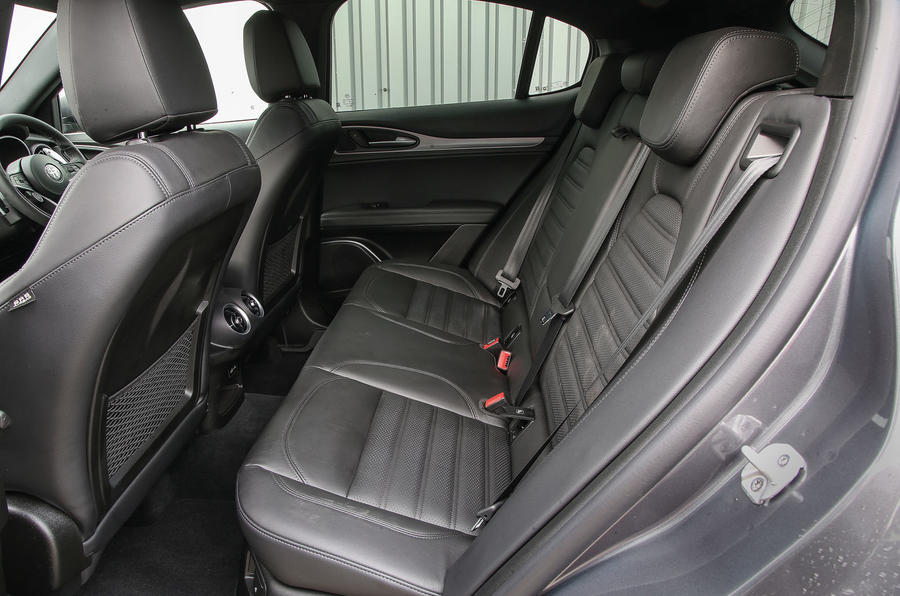 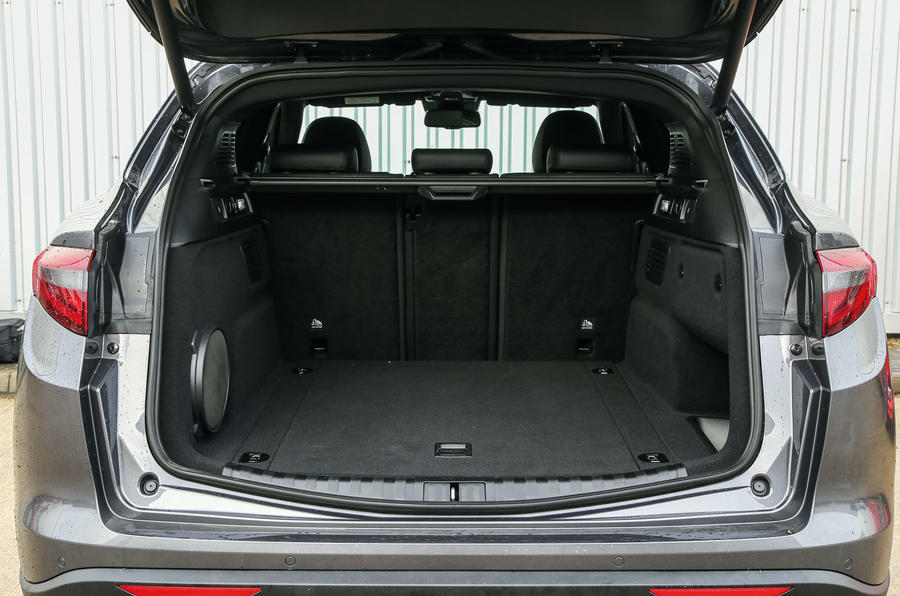 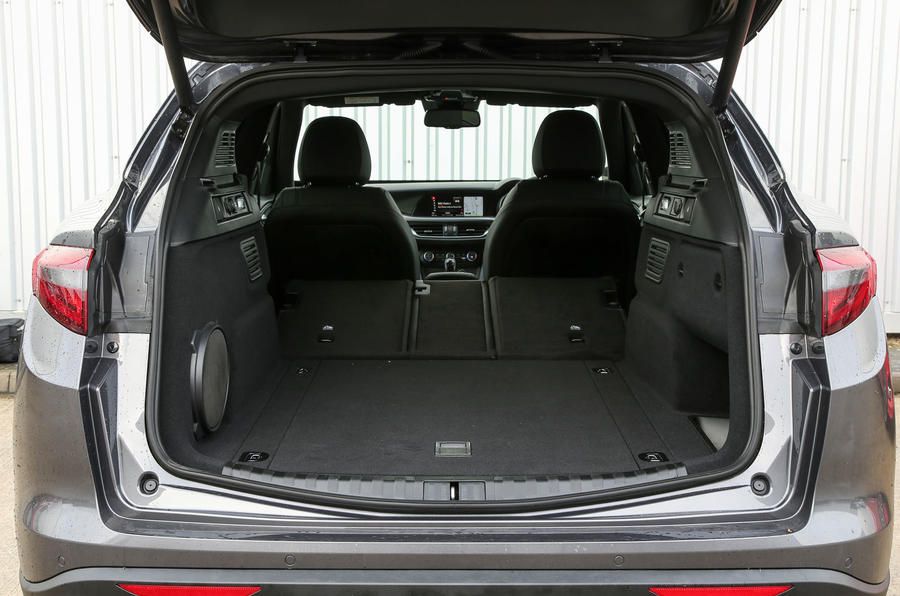 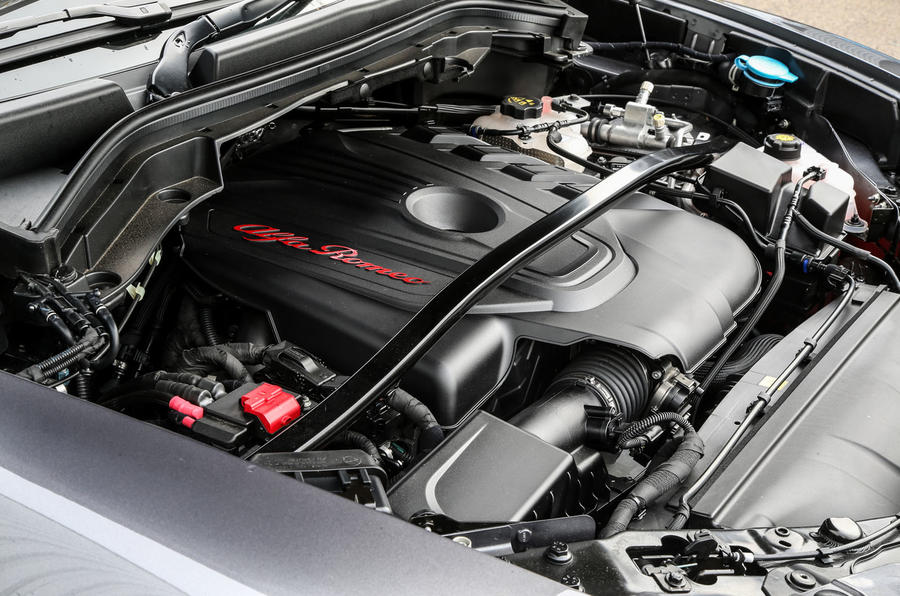 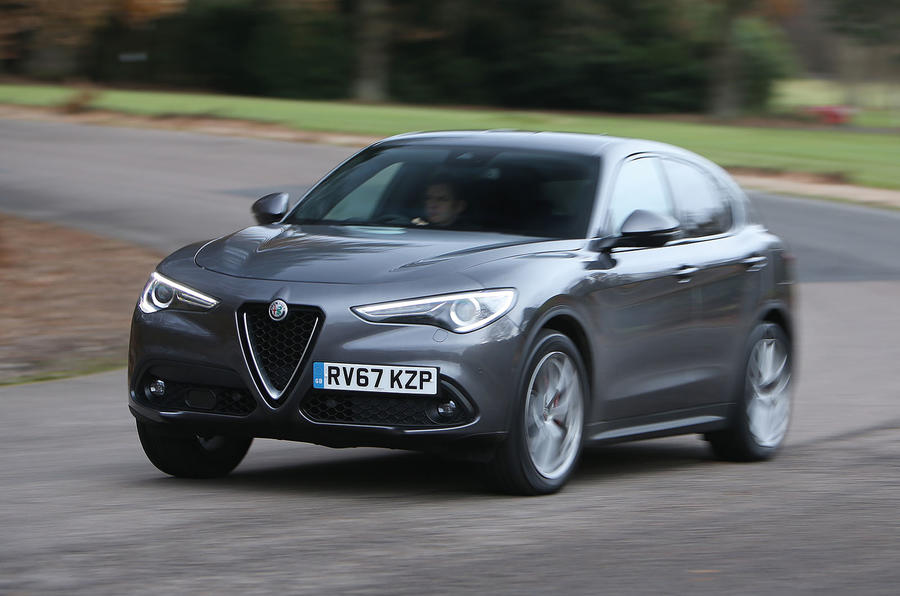 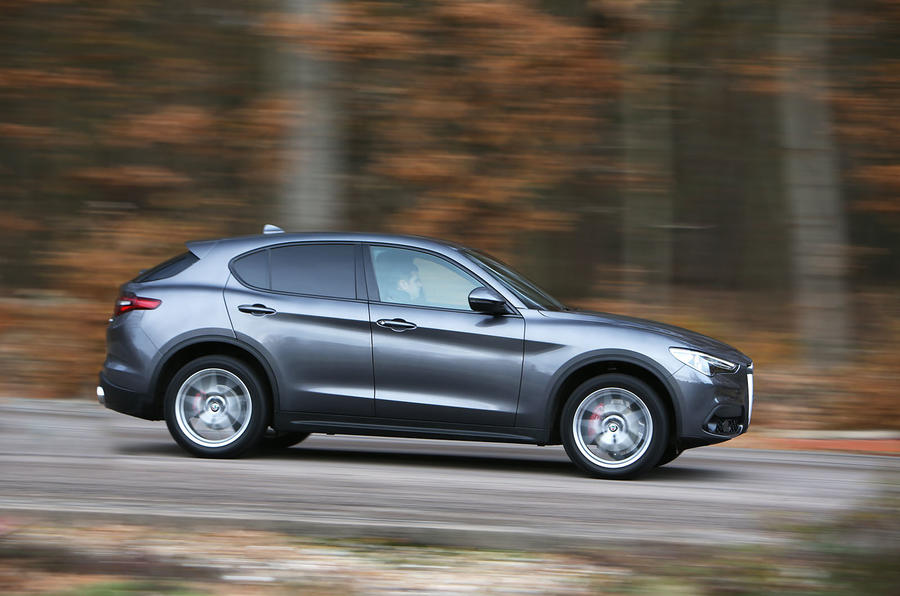 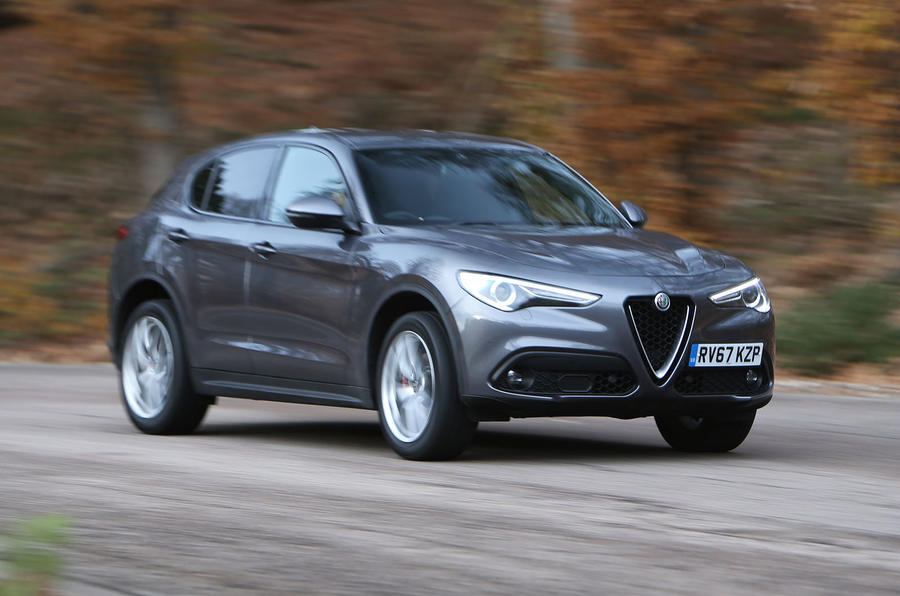 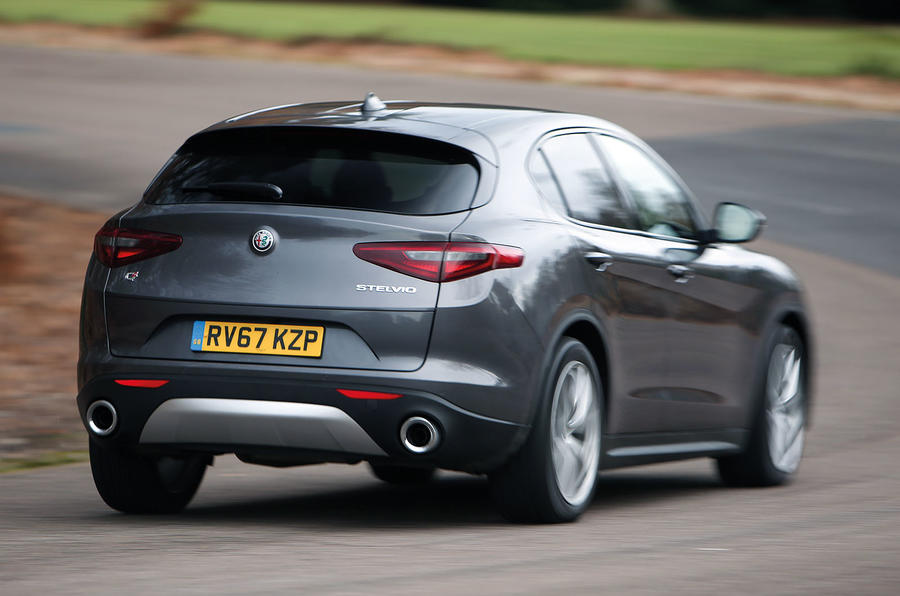 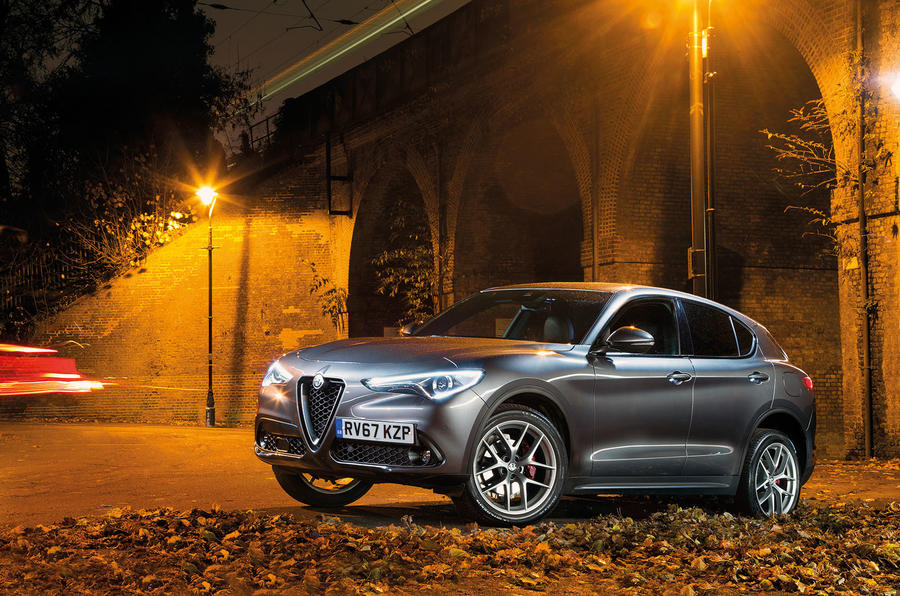 Worthy of a real sports car.’ That’s how Alfa describes the Stelvio’s handling characteristics and, in this case, it’s a statement largely devoid of Turinese hyperbole.

The Stelvio’s particular variety of tightly controlled pliancy comes as a very welcome surprise in this segment and is made all the more enjoyable by a fundamentally rear-driven chassis that seems to find natural balance through corners both daringly quick and nonchalantly steady alike.

Given that the hardware beneath the curvaceous body is largely carried over from the Giulia saloon – as is that car’s quick steering rack – perhaps we shouldn’t be too surprised by this, but the manner in which this car permits just enough body roll to communicate its grip level clearly and then quells it before it becomes superfluous or starts to affect balance of grip is impressive. The car’s handling poise and response are near the top of the class.

It all means that although the hip point in the Stelvio is 190mm higher than in the Giulia, it feels much less than that, and you can find yourself subconsciously committing to corners with a zest that you would normally only attempt in a car with a far lower centre of gravity.

There’s some compromise for that handling prowess. Brought about in part by stiffer than average suspension springs and anti-roll bars, the chassis lacks the ability to glide fluently over rougher road surfaces in the manner of, say, an Audi Q5.

At a cruise, it also has a tendency to fidget – not to an unbearably noticeable extent, but this characteristic is certainly ever present.

Conversely, the Stelvio also seems to lose a degree of its composure when the road asks stern successive questions of the damping. It’s not hard to imagine that its refinement issues would be remedied to some extent by the fitment of 18in wheels – our test car sported 20in items, as per Milano Edizione spec – and its versatility would be improved by the use of adaptive dampers. However, the lightness and shortage of feel in the steering is probably less easy to cure.

Ultimately, versatility is where this car’s ride and handling falters. On reasonably smooth roads, it’s close to unbeatable for driver satisfaction. Buyers in this segment will want a broader repertoire, though, and on B-roads and motorways, Alfa has scope to improve this car’s appeal.

Not that you really need to in order to drive the car quickly and smoothly on the track. The body control is good by SUV standards, as is its well-balanced grip level, although you need to be used to the fast and relatively light steering.

Alfa’s slightly grabby by-wire braking system sometimes makes it difficult to stop with the utmost confidence and feel, but the car adopts a nicely neutral and adjustable attitude on the way into corners, and its driveline juggles torque cleverly enough to get you out without pushing on towards the outside verge.

The BMW X4’s wet circuit time was set before recent resurfacing but, on a perfect like-for-like comparison, it’s hard to imagine the BMW being quicker.